Managing Multiple Offenses – What You Need to Know

Being convicted of a misdemeanor DUI once is tough enough. It becomes much tougher if you are arrested for a second misdemeanor DUI. Another conviction would mean additional prison time, heavier fines, longer license suspension, and more loss of your personal reputation.

When facing multiple DUI charges, it is best to work with a lawyer who is well-versed in handling multiple Arizona DUI charges. Gary Rohlwing can help in protecting your reputation, your record, and your peace of mind. 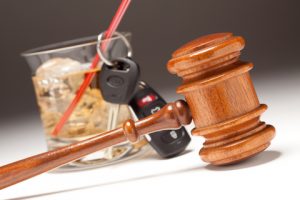 For example, your first DUI could be a felony if you were charged with DUI and your license or privilege to drive was suspended for any reason. The same is true if you had your son or daughter under age 15 in the car when you were stopped.

The mandatory minimum sentence for an aggravated DUI ranges from 10 consecutive days in jail for having a person under 15 in the car to 4 months in prison for most other cases. The mandatory fines add up to $3,750. Your reputation, as well as your driving and criminal records, would be ruined by a conviction for aggravated DUI. Worse, imagine the anguish that all this would bring to your loved ones.

Arizona DUI court proceedings can be a complex legal maze that can be daunting and confusing if you are not a lawyer. Your best move would be to hire a competent attorney who will guide you through the legal process. The Law Offices of Gary Rohlwing will assist you in finding ways to avoid harsh penalties and dire legal consequences to your reputation and finances.

As a multiple DUI offender, you will be facing a judge and jury who have little to no sympathy for you. This will make going through the court proceedings even more challenging. Your DUI defense attorney will have his job cut out for him. Remember that a 4 month prison term is the minimum sentence in most cases; a judge can impose even more prison time if you are found guilty after a trial.

You need to have an aggressive lawyer with a proven track record by your side to make sure that you get the best possible results for your case. He must have a good grasp of the specific Arizona laws pertaining to your case. This will help him make a thorough analysis of your case and come up with the most feasible strategy for a successful defense. Remember that your future is at stake in a court proceeding. Representing yourself or hiring an inexperienced attorney may compromise the very freedom you are trying to protect.

It is certain that you, and possibly your family, will carry a heavy burden for a long time if you have multiple DUI violations on your driving and criminal records. The stigma may last for decades. Therefore, it is important to avoid getting multiple DUI violations on your records at all costs. You can only do this with the help of a reliable and dedicated legal counsel.

Gary Rohlwing is well-versed in the complexities of Arizona DUI laws. He has many years of experience in successfully defending DUI cases throughout the state of Arizona. More importantly, he believes that every defendant has the right to a solid representation and defense.