What Are the Extradition Laws in Arizona?

Extradition involves the delivery of a detained offender from the arresting party to the jurisdiction of the requesting party. The most common underlying cause of an extradition request is an outstanding warrant of arrest. 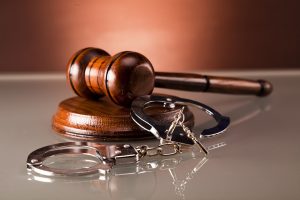 The jurisdiction requesting for the extradition is another country. For example, extraditing a detained criminal from the US to Italy.

The jurisdiction requesting for the extradition is another US state. For example, extraditing a detained criminal from the Arizona to California.

The jurisdiction requesting for the extradition is within the same state. For example, extraditing a detained criminal from Mohave County to Yuma County.

Existing international policies, procedures, and treaties need to be respected and considered. Things get even more complicated when people seeking asylum are involved.

In Arizona, as well as in other states that allow it, extradition is a serious matter. Regardless of the charge, be it a felony or a misdemeanor, the offender may be incarcerated right after detainment – even if the detainee is not guilty of the charges.

This is because the objective is to make sure the individual is safely held and transported for court appearance in the proper jurisdiction. However, this may make the detainee feel like he is already a convicted and sentenced criminal.

If you are the subject of an extradition case, and you feel the need to fight it, you can seek the help of an experienced and reputable criminal law firm like the Law Offices of Gary L Rohlwing. In case extradition is inevitable, your lawyer can make sure that you get fair treatment throughout the entire process, and all your rights are upheld.

The best time to fight an impending extradition is before you are even detained. If you are a resident in the state of Arizona, and a warrant has been issued for your arrest in another country or state, it is best that you contact the Law Offices of Gary L Rohlwing right away.

This way, your lawyer may be able to quell the warrant. He can likewise arrange for you to surrender voluntarily in front of a judge. While the judge may not agree to dropping the charges, your voluntary surrender, will at the very least have a positive impact on your case. This may also allow you to avoid extradition.