The law provides a myriad of strategies and defenses available to the accused. It is the job of the criminal defense lawyer, like those in the Law Offices of Gary L. Rohlwing, to discover and select the best one depending on the facts and circumstances of the case. 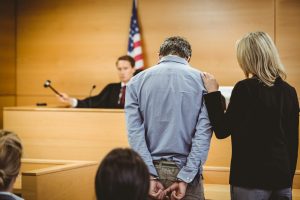 In all jurisdictions, an accused is innocent until proven guilty. Proof beyond reasonable doubt is needed to tilt the scales of justice against the accused. To sustain a guilty conviction, there must be moral certainty on the part of the judge and the jury that the accused committed the act and that it amounts to a crime. The following are some of the tactics and strategies available to the accused:

Self-defense or defense of others

Self-defense is an affirmative defense to justify the acts of the accused’s use of force against another. This is also known as the castle doctrine.

Self-defense can be availed of when there is real and imminent danger on the person or property of a person or his relative or a third person.

As the name itself would imply, the doctrine of necessity is invoked when the accused committed the act in order to avoid a greater harm. However, it must be proven by the defense that there was indeed a necessity for the act.

Another criminal law principle that is recognized in a lot of jurisdictions is the principle of double jeopardy. This principle provides that a person cannot be tried twice for the same crime. This principle is often enshrined in a country’s constitution or a statute. It prevents the State, with its unlimited resources, from pursuing the accused relentlessly.

The statute of limitations, on the other hand, dwells on the “prescriptive periods” of crimes. This criminal law doctrine provides that an accused can no longer be prosecuted after a certain number of years.

However, certain crimes do not have prescriptive periods, which means that an action may be filed against an accused no matter how many years have passed since its commission. An example of which is murder.

Violation of the rights of the accused

These are just a few of the many defenses available to the accused. Lawyers like those in the Law Offices of Gary L. Rohlwing are more than capable to assist in such matters.