In April 2012, Governor Ducey signed a bill creating the new crimes of making a terroristic threat and false reporting of terrorism.  The new statute is found at A.R.S. § 13-2308.02. 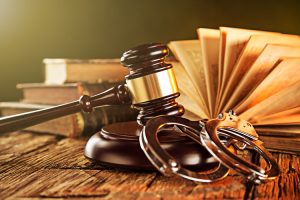 Under A.R.S. § 13-2308.02(A),  a person commits the crime of making a terroristic threat  when he or she threatens to commit an act of terrorism and communicates the threat to any other person.  The fact that a person did not have the intent or capability of committing the act of terrorism is not a defense according to A.R.S. § 13-2308.02(C).  A person who is convicted is personally liable for any reasonable expenses incurred by a public agency, for-profit entity, or not-for-profit  entity  that makes an appropriate response to the terroristic threat pursuant to A.R.S. § 13-2308.02(D).

Making a terroristic threat and making a false report of terrorism are class 3 felonies.  The range of prison time for a first time felony offender convicted of a class 3 felony is 2 to 8.75 years in prison under A.R.S. § 13-702(D).

A.R.S. § 13-2308.02 does not define the crucial terms “terroristic threat”, “threatens”, “terrorism”, and “communicates”.  These terms are also not defined in the Arizona Revised Statutes Criminal Code Title 13.  How these terms will be defined by the courts is unknown.

It’s easy to come up with scenarios where a person violates A.R.S. § 13-2308.02 without any intent or capability to carry out the terroristic threat.  A college student taking a creative writing class writes about a character who makes a terroristic threat for a class assignment.  A  teenager  tells his therapist that he wants to falsely report a bomb threat at his school to get out of taking finals.  A friend confides in another friend that he wishes he could kill his wife and blame it on ISIS.  An angry parent blurts out a death threat against the judge during a custody hearing.  Do they deserve to serve time in prison simply for saying something offensive?  These new crimes seem very Orwellian.

If you are charged with one or both of these new criminal crimes, you need an experienced attorney to represent you.  Attorney Gary Rohlwing has over three decades of experience.  Call him today for a free consultation. Call the Law Offices of Gary L. Rohlwing for a free initial case consultation at (623) 937-1692.