Penalties for Possession of Drugs for Sale in Arizona

Criminal law prescribes different penalties when you get caught in possession of illegal drugs. These penalties usually depend on the amount of illicit substance that you possess at the time of the arrest. They could either charge you with mere possession or with possession of drugs for sale.

If you have more than the threshold amount set by law, it is presumed that you intend to sell the excess. In such cases, you will likely be charged with possession of drugs for sale. 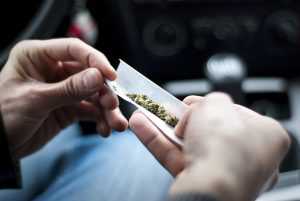 Under Arizona law, the following are the threshold amounts for common prohibited drugs:

Meanwhile, it’s a different story when it comes to determining intent to sell prescription drugs as a felony. In such cases, legal amounts of the prescription drug are taken on a case to case basis. It would depend on your medical and criminal history, the nature of the drug, and other considerations.

On the other hand, when you are caught possessing volumes of illegal drugs that are beyond the threshold, you are deemed to have intent to sell the substance. Possession of marijuana for sale in Arizona is classified as a class 2 felony. Class 2 felonies carry a minimum sentence of 2 years imprisonment and a maximum of 12.5 years.

Along with the possible prison terms, other penalties such as community service, fines, and probation may also be imposed when it comes to these drug-related crimes.

Worthy of mention is the fact that Arizona courts are likely to rule in favor of first-time offenders and those suffering from drug addiction. Most would be placed under probation and are required to undergo addiction treatment instead of serving their prison terms.

All this considered, it would be best to hire a reputable criminal law firm such as the Law Offices of Gary L. Rohlwing in order to ensure that your rights are protected and that your possible prison terms have a chance of being mitigated.