Arizona’s Opioid Crisis – Why You May Need a Criminal Lawyer

On June 1, 2017, the Arizona Department of Public Health issued a News Release that stated: 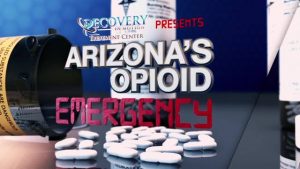 The Arizona Department of Health Services today released its latest data on opioid overdoses in Arizona showing the highest number of deaths in ten years. In 2016, 790 Arizonans died from opioid overdoses. The trend shows a startling increase of 74 percent over the past four years.

Key findings from the report include:

On June 5, 2017, the Office of the Governor Doug Ducey issued a News Release about his emergency declaration concerning the opioid crisis:

Governor Doug Ducey today signed an emergency declaration to address the growing number of opioid deaths in our state.

As the number of opioid overdoses and deaths increase at an alarming rate, we must take action. It’s time to call this what it is — an emergency,” said Governor Ducey. “Most of us know someone impacted by substance abuse — our family, our friends, our neighbors. Our hearts ache for them, but that isn’t enough. We must do more. I’m declaring a statewide health emergency because we need to know more about the epidemic, including enhanced data that illustrates when and where these overdoses occur so that we can develop real, targeted solutions. Read the full release on AzGovernor.org.

Opioid abuse often leads to criminal charges. If you or a loved one has been charged, you need an experienced attorney to defend you. Attorney Gary Rohlwing has over thirty years experience. Call him today for a free initial consultation.