Arizona prosecutors file thousands of criminal cases every year. A lot of these cases involve assault allegations. An assault charge in Arizona may either be a felony or a misdemeanor, depending on the particular circumstances of the charge. 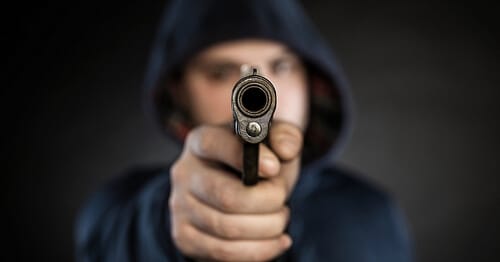 Elements of Assault and Aggravated Assault

The state recognizes 2 kinds of assault that don’t involve sexual elements. These are assault and aggravated assault. There are two things the prosecutor must establish to prove a crime of assault or aggravated assault: that the defendant committed the act (actus reus in Latin), and that he performed it with the necessary mind-set (mens rea).

Actus reus refers to the physical action constituting a crime element. In an assault case, for instance, it may be a blow with a fist, pulling the trigger of a gun, or a stabbing motion. But, for the defendant to be guilty of the crime, the prosecution must first show that the defendant committed the crime with a guilty mind.

Except for very few situations, Arizona crimes mandate that the prosecution establish that the defendant committed the act with a certain degree of intent, knowledge, or recklessness. For instance, Arizona assault laws say that a person can be guilty of assault if he knowingly, intentionally, or recklessly caused another person to suffer a form of physical injury.

A defendant who bumps into another person by accident will therefore not be guilty of assault. This is because while the other person may have sustained an injury because of the actions of the defendant, the latter did not act knowingly, intentionally, or recklessly.

The criminal laws of Arizona don’t punish negligent behavior in general. Thus, even if the defendant proclaims his negligence in bumping into the victim, he would still not be found guilty of the charge.

An aggravated assault in Arizona is similar to an assault charge, but with an additional proof supporting one or more specific facts. The following can elevate a criminal charge from assault to aggravated assault:

Are You or Any of Your Loved Ones Facing an Assault Charge in Arizona?

If you or a loved one has been arrested for the crime of assault in Arizona, it is best to get in touch with a reputable assault lawyer right away. This way, your rights as a defendant will be safeguarded. Your lawyer can also help you strategize your defense and get the best possible result for your case.

Contact the Law Offices of Gary L Rohlwing for help. Atty. Rohlwing has successfully defended hundreds of assault cases in the state of Arizona. He is also well-versed in the Arizona justice system.